Key ASIC Berhad announced today that it has issued a Letter of Intent (LOI) to a US foundry to acquire up to 100% of its shares and the said company has accepted the LOI. The foundry is a fab with Silicon Carbide (SiC) and developing Gallium Nitrite (GaN) technologies. The Company has performed the preliminary analysis and due diligence leading to the signing of the LOI and will be conducting the necessary due diligence before signing of the definitive agreement.

Silicon Carbide or SiC technologies are used largely in power devices that are needed in the Electronic Vehicles, charging stations, power grid, renewable energy, data centers and other applications.

Silicon has a breakdown voltage of around 600V, while silicon carbide can withstand voltages 5-10 times higher. Silicon carbide can switch at a rate that is nearly ten times faster than silicon, which results in smaller integrated circuit hence smaller chips.

Not only that the foundry has leading edge technologies in Silicon Carbide, additionally the foundry has also been developing Gallium Nitrite (GaN) technologies. Built-in GaN technology wall chargers are generally more reliable and lightweight than traditional devices. This is because they tend to have safety features built-in. It is also charging the connected devices at a much faster rate along with performance improvements over traditional chargers. 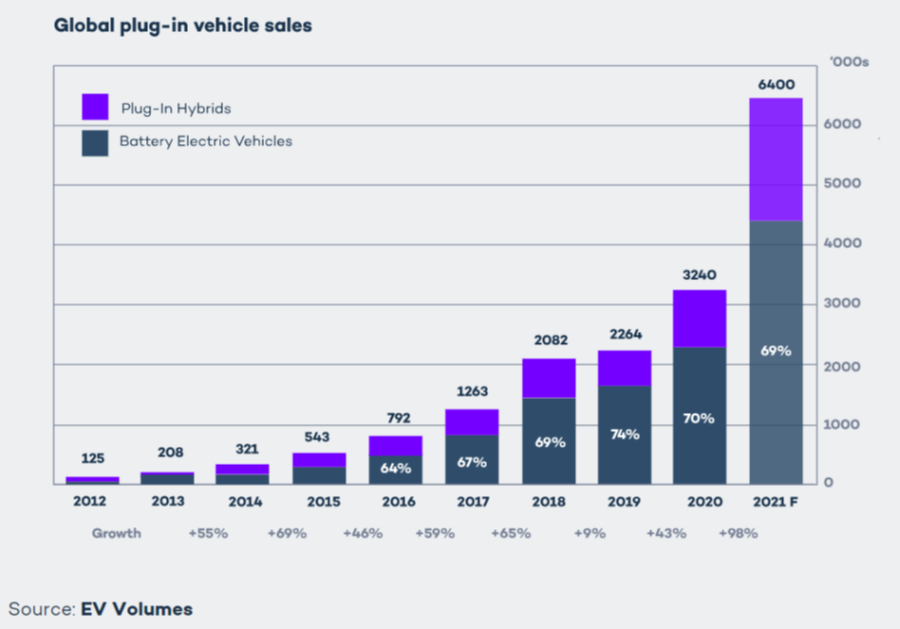 The global chip shortage is expected to continue in the next few years due to the surge in demand of smart phones, tablets, notebooks, and networking products triggered by the pandemic and the rapid growth of the Electronic Vehicles. As shown in the market research, the Battery Electric Vehicles has been growing 64% to 74% has been recorded since 2016.

Silicon Carbide market size worth is forecasted to be USD7.1B by 2027 at CAGR of 16% reported by Market Research Future.

Today, a conventional car would use about 300 chips and an electronic car would require as many as 3,000 chips including many power devices.

“The strategic move to acquire the compound semiconductor technology fab is timely for the Company to expand into the fast-growing Electronic Vehicles and fast charging market,” said Mr. Eg Kah Yee, Chairman and CEO of Key ASIC. “We intend to build additional capacity by expanding the existing facilities at the fab and also new facilities in Asia to serve the Asia fastest growing market in Electronic Vehicles,” he added.

The fab is currently making chips for the automotive module manufacturers, car makers and power grid equipment producers in the US. The fab is expected to play a significant role in the trillion-dollar infrastructure bill that has been passed in the US Congress recently.

The LOI is expected to lead to the signing of the definitive agreement as the next step in this corporate exercise.

About the Key ASIC:

About the Key ASIC:Key ASIC, a public listed company on Bursa Malaysia (0143) specializes in developing IPs and provide ASIC/SoC design services for fabless design companies and system companies. The IPs are also developed specific for foundries to enable access of technologies by the fabless design companies. The Company has been producing IoT SoC as well as AI neural network chips for digital transformation of various industries.

(Kuala Lumpur, 1 April, 2021) UCrest and KeyASIC jointly announced today that they have held meetings and discussions with the Government of ShanXi Province and the City Government of TaiYuan on the digitalization of the healthcare industry and the development of semiconductor industry of the province at TaiYuan, the state capital of ShanXi Province. ShanXi has about 38 million people and the GPD of ShanXi is approximately 2.6 trillion Yuan in 2019. TaiYuan is also known as “dragon city” as it has produced 15 emperors inthe history of China.

The digitalization of healthcare industry will be leveraging on both companies’ Internet of Medical Things (IoMT) and Artificial Intelligence (AI) chips together with iMedic™ platform for digital healthcare to develop next generation of medical devices orequipment based on IOMT and AI chip technologies and deploy the telemedicine services province-wide, elevating the entire industry to the next level. The developmentof the semiconductor can be largely accelerated by the pool of silicon proven design IPs that KeyASIC current has.

In the working session held at the ShanXi Provincial Government office, the Secretary General of ShanXi Mr. Lou YangSheng expressed to the Chairman and CEO of KeyASIC and UCrest Mr. Eg Kah Yee and his delegation that the Secretary General of China, Mr. Xi JinPing has given the mission to ShanXi to take the lead in embarking onthe journey of transformation and development of the nation, insisting on proactive, comprehensive and in-depth transformation, strategically focusing on the breakthroughs in the emerging and next generation of technologies in digitalization ofthe economy. Chip design and digital health are two key areas of collaboration.

“We are profoundly astonished to see the speed of the transformation and development that ShanXi has achieved. The development roadmap is innovative and visionary. Weare actively engaging in the digitalization of the healthcare industry based on the IoT and AI chip technologies and the aggressive and leap frogging development plan of the semiconductor industry,” said Mr. Eg Kah Yee. “We expect to have stronger and deep collaboration in the near future,” he added.

Key ASIC Berhad (Stock Code: keyasic 0143) is a public listed company on Mainboard of Bursa Malaysia. It specializes design and manufacturing of IOT chips and system, connecting any electronics and non-electronic items to the Internet. MCard and MDrive are the IOT products currently shipping in the market. It also offers turnkey ASIC design service and SoC design and manufacturing. Its customers are largely in the US, Europe and Asia. It has offices in Malaysia and Taiwan.

UCrest Berhad (Stock Code: ucrest 0005) is the leading mobile health platform developer and operator with its iMedic™ Cloud Hospital used by thousands of doctors and patients in the US, Russia, China and other Asian countries. iMedic™ is wirelessly connected to more than 20 different type of devices and it is powered by advanced Internet of Medical Things (IoMT) and Artificial Intelligence (AI) technologies capable of performing comprehensive analysis of the health data of the users to produce timely and accurate health information.