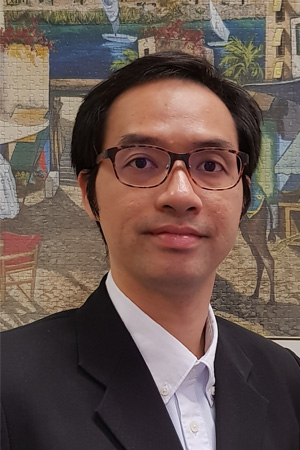 (20 September 2017, Kuala Lumpur) KeyASIC Berhad announced today that it has appointed Mr. Chan Ying Poh as General Manager of Semiconductor, IOT Business Unit. Mr. Chan will be responsible for the development of the business and products in semiconductor and the rapidly growing Internet of Things (IOT) industry. The Company started the development of the IOT SoC products, SPG product line few years ago and has been shipping the SPG101 successfully in the IOT Wi-Fi market. Kcard/Kdrive and Mcard/Mdrive are both developed based on SPG101 and the Company is in the process of developing the second generation of IOT SoC.

Mr. Chan will also be responsible for the development of ASIC design service business, SPG product line and the IOT business. Prior to his promotion, Mr. Chan was the Manager for the ASIC Engineering department where he is responsible for the development of ASIC, IP and also the second generation of the IOT chip where he spearheaded the development of low power libraries with the capability of reducing the power of a chip by more than 30% for the same process technology. Mr. Chan is a veteran in semiconductor industry and has about 20 years of engineering and management experience.

“We started our technology and product development of IOT chip about 5 years ago and we have successfully shipped SPG101 in millions over the last 2 years. Complimenting the IOT chip, we have also developed the Cloud platform so that it is easy for our customers to embrace and kickstart their IOT business. The market is still at the early adoption stage and we are aligning our resources to take the leadership role in driving the IOT market.” said Mr. Eg Kah Yee, Chairman and CEO of the Company. “The opportunity is here and our technology is definitely leading in this space and the appointment of Mr. Chan will help the Company to accelerate the development of this business,” he added.

(Petaling Jaya, 8 May 2017) KeyASIC Berhad (Stock Code: 0143) announced today that two of the chips that it has designed are going into production: PCI-e SoC and Numeric Matrix (NM) CPU. Both these chips are co-designed with RC Module (RCM), the leading system and chip design companies in Russia. The PCI-e project includes the licensing of PCI-e and other IP blocks that the Company has developed, design services and the initial production of the chips. The project has been completed and delivered recently. The NM CPU project started two years ago and engineering samples were delivered last year, and the Company received the contract for the first batch of mass production of the chips. The contracts total to about RM7,000,000.00.

RCM is the leader in designing Numeric Matrix CPU for scientific algorithm and mathematical computation applications such as image or voice processing, pattern recognition and video processing. The interaction between human and machines has been moving from text, mouse, graphics, touch screen to voice and video. Many of the IOT products are activated by voice and triggered by video. Amazon’s Echo product series is a good example of this. With the increasing number of IOT products driven by voice or video, the Cloud CPUs would have to be specifically designed to process at a very high speed in order to provide fast response to the users. The Cloud will have to be powered by servers with many cores of Numeric Matrix CPUs in order to process these applications efficiently and there will be thousands of servers in the Clouds. One of the major applications is going to be used in the connected cars. Driverless cars will have to process video, images and audio in the surrounding constantly in very high performance so that the “intelligence” of the connected car can make a decision of the next sequence of actions.

Adding to the complexity of the cars is the future traffic control system. The surveillance cameras installed in the streets as well as in the satellites above will be used to recognize the type of cars and also the movement of the cars constantly so that timely intelligence information can be transmitted to the connected cars to make better decisions. NM CPUs are designed for these type of Digital Signal Processing (DSP) applications.

KeyASIC is one of the very few companies in the world that has the capability of developing high speed interface such as PCI-e and USB. KeyASIC has started the development of PCI-e several years ago and has developed V1.2 and V2.0 of PCI-e PHY on CMOS 0.13u process technology, giving the IP the performance needed but at cost effective process technology. PCI-e is the most common high speed interface used in the computer to interface with add-on cards. Industrial PC, Network Computers, PC and Servers all have PCI-e interface available.

“The biggest asset of an ASIC design service company is the IP development capability and the IPs that it has developed. Most of these cores IPs are valuable for 20 years or more. We have developed many valuable IPs over the years, and these IP have been licensed to customers to be used in their SoC designs. Some of these SoCs are designed into systems and begin to get into production. PCI-e SoC is one of the most widely used chip in the computers and networking products and NM CPU is a fast growing trending chip,” said Eg Kah Yee, Chairman and CEO of KeyASIC. “We have other projects that we have been co-designing with the customers using our IPs, and we foresee that these projects will successfully go into production in the near future,” he added.

KeyASIC Berhad
KeyASIC Berhad (Stock Code: 0143) is a public listed company on Mainboard of Bursa Malaysia. It specializes design and manufacturing of IOT chips and system, connecting any electronics and non-electronic items to the Internet. Kcard, Kdrive, Mcard and Mdrive are the IOT products currently shipping in the market. It also offers turnkey ASIC design service and SoC design and manufacturing. Its customers are largely in the US, Russia and Asia. It has offices in Malaysia and Taiwan.

RC Module
Research Centre "Module" (RC Module) is an innovative Russian development company designing high-end RISC/DSP processors, mixed-signal ASICs and real-time video-image processing systems. RC Module was established in 1990 and today it is one of the few Russian firms that are leaders in the area of high technology embedded systems both in Russia and in the world. RC Module has a staff of highly qualified engineers and scientists using the most modern tools and prototype manufacturing equipment, which permits a very short design cycle from the concept to the finished prototype ready for mass production.
https://www.module.ru/en/